Executives from a range of Western Australian organisations have participated in a three-day visit to HMAS Stirling and Irwin Barracks in Perth as part of Defence’s 2021 Exercise Boss Lift.

The activity gave 21 senior representatives from WA industry, and other organisations that employ and support members of the ADF Reserve to experience the work and skills of Navy, Army and Air Force reservists first-hand.

It was a great opportunity to develop their understanding of the significant contribution that reservists make to Defence capability in the state and elsewhere.

Their visit to Army’s 13 Brigade at Irwin Barracks included briefings by senior officers, equipment and weapon displays, a simulator shooting experience, transport in armoured and other vehicles and a ration-pack meal.

The Navy program included an at-sea submarine experience in HMAS Collins, one of the first tours of the yet-to-be-commissioned new replenishment oiler NUSHIP Stalwart. Participants enjoyed viewing a submarine simulator and other on-shore support facilities, and participation in at sea survivability training aboard HMAS Stirling.

Over the three days, there also were opportunities for discussions and meals with ADF personnel and networking with other employers and defence industry representatives.

This was the first time Exercise Boss Lift had been conducted entirely within Western Australia. 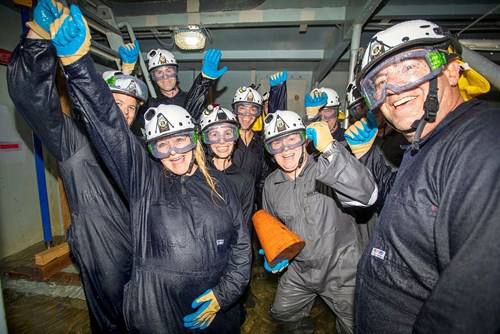